Three IT Technologies You Absolutely Have to Know About 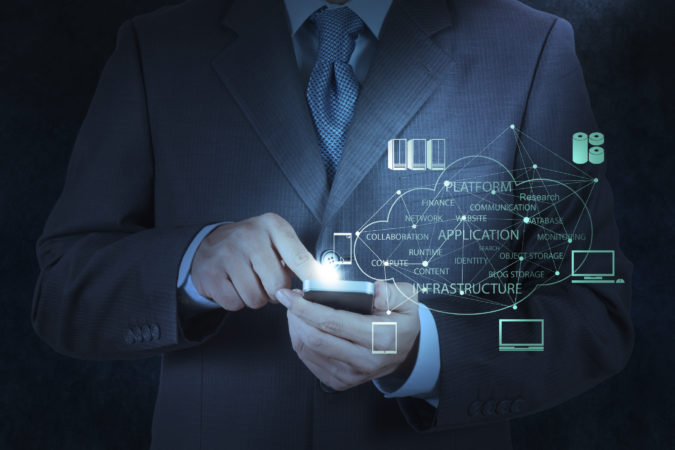 One of the great things about our business is the chance to work with companies whose technologies are revolutionizing IT. While our clients aren’t necessarily grabbing the headlines, what they are doing has just as much impact as those who do. Here are 3 Topline clients whose products everyone in tech absolutely needs to know about.

1) Chef: Automation for Web-scale IT

While it used to be okay for IT departments and software companies to release new code once or twice a year, the accelerating pace of competition has made this unacceptable. In every industry, companies like Amazon have set the pace by releasing new capabilities every day, or even several times a day. Companies who can’t keep up will be out-innovated into obsolescence.

While developers have long had automated tools to rapidly build and test code, the weak link in in getting new software released has been the infrastructure. In contrast to Development, IT Operations is at best partially automated. While operators write scripts to automate routine tasks, they spend a lot of time logging on to individual pieces of equipment to load software, change settings and perform other administrative tasks. As a result, even after the software is ready, it can often take IT Operations weeks to prepare the infrastructure for a new release and then get it deployed.

Chef transforms IT Operations by turning infrastructure into code. All of the hardware and all of the infrastructure software (Operating Systems, Databases, App Servers, Load Balancers, etc.) required to run an application are modeled in Ruby code, which can then be managed just like any other software. It can then be deployed automatically in minutes by the Chef Server.

As a result, Chef is a key enabling technology for Continuous Delivery – the ability to continuously deploy new software capabilities, accelerating innovation and time to market. Already, Chef and its competitors are widely used by internet companies and we expect every enterprise will be using a product like Chef within 5 years.

Imagine if instead of buying a new laptop you bought the processer from Intel, the hard drive from Western Digital, and the screen from Samsung and then put them together yourself. If you ran into a problem, you would then need to call each vendor individually, who would have a high probability of pointing the finger at one of the other vendors.

If this sounds crazy to you, it will probably come as a surprise that this is exactly how most data center infrastructure equipment is purchased, assembled and supported today. It would probably also come as a surprise that according to a 2012 IDC study, companies spend 77% of their IT budget just keeping their infrastructure up and running, leaving very little money left over to advance the business.

VCE, a private company majority-owned by EMC , is changing all of this. The company starts with compute, networking, storage, and virtualization software from EMC, Cisco and VMware. It then engineers them into integrated systems that are manufactured and supported over their lifetime the same way that Dell or HP design, manufacture and support PCs.

Companies that have adopted VCE have reported remarkable results.

VCE’s own results have been equally as remarkable. The company shipped its first system in 2010 and reported revenues of over $1B in 2013. While 2014 sales figures have not yet been released, it has continued its meteoric growth. Furthermore, according to Gartner, VCE is the undisputed leader in Converged Infrastructure with nearly a 50% share of the market.

There’s no question that cyberspace has become a pretty dangerous neighborhood. Just in the last few months, high profile companies such as Target, Sony and Xbox have reported major breaches and experienced significant harm.

While most of the security buzz has gone to big data solutions using ever more sophisticated methods to detect hackers, Tripwire has deployed a simple but elegant approach to staying safe – watching the computers instead of the people.

Using the analogy of a physical bank may be the simplest way to describe the difference between Tripwire and other technologies. Other technologies do the equivalent of watching all of the traffic coming in and out of the bank. Originally, this method worked pretty well since attacks were unsophisticated and easy to spot. It was as if the bank robber walked in with the ski mask already on. However, attacks have become increasingly more sophisticated – imagine instead of a guy with a mask, a team of inconspicuous con men using clever ruses, possibly with the help of inside accomplices to distract guards, get away with the heist.  This has led to an arms race between the security vendors and the hackers. Given the sheer amount of traffic and the infinite number of possible ways to execute an attack, it is an arms race where the hackers always seem to be a half a step ahead.

In comparison, Tripwire is keeping its eyes trained on the vault and tracks every time anything changes: What was added, what was taken away, what was moved, and who did it. Since despite best efforts hackers continue to slip past the security at the door and make it to the vault, Tripwire ensures that they can’t do any damage without being noticed and can sound the alarm as soon as anything happens, enabling an immediate response.